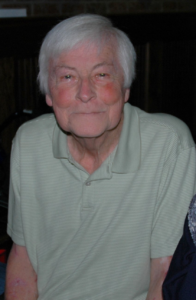 Chris died peacefully in the afternoon of Sunday, July 10, 2016 at home with his wife Jean and 2 dogs by his side.

Born on July 6, 1941 to Walter and Magdalena “Len” (Riedi) Knoll in East Chicago, Indiana. Chris grew up in Dubuque, Iowa and was a graduate of Dubuque Senior High School. After graduation, Chris moved to Chicago to raise his growing family and enjoyed his work as a Wood Dale (Illinois) volunteer firefighter and EMT. About the same time, he started his career in the airline industry which lasted over 40 years. He retired from Air Canada after 32 years of service.

Chris relocated to Los Angeles in 1979 and after retirement, became a passionate supporter of the Relay for Life of El Segundo, where he was fondly known as “Father or Papa Flea” and successfully raised more than $100,000 with his beloved team of “ZF Dancing Fleas.” He was also affectionately referred to as Roadman for his favorite band, Zerimar and Fritz.

A celebration of Chris’ life will be held on Saturday, July 16, 2016 at 1 p.m.  Douglass Mortuary, 500 E. Imperial Avenue, El Segundo, CA 90245.  In lieu of flowers, the family requests memorial donations be made to Relay For Life, care of Cheryl Alicea in memory of her father Christian Knoll.

Chris was a kind soul, appreciative of all that came to him and giving of everything and anything he was able. We loved his spirit and quick wit. He was terribly proud of his children, embraced the affection of his rescue dogs and was supportive of those that knew and loved him. He actively engaged with his family on Facebook – and lived by his favorite post: I don’t know how my story will end, but nowhere in my text will it ever read…. “I gave up”