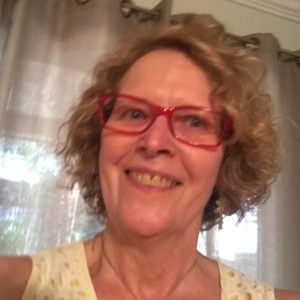 Judy G. Ross was born on October 20, 1952 in Bethesda, Maryland to
John Anderson and Joan Boarman Ross and passed away on April 6,
2018.
Judy lived in the Washington, D.C. metro area during her youth and loved
the experience of living in our Nation’s Capital. In her teens, Judy moved
to Cathay, North Dakota, eventually relocating to Minot, North Dakota
where she graduated from Minot High School. A brief stint working for the
U.S. Army followed, but her home town beckoned and she returned there.
She secured a job in J. Edgar Hoover’s steno pool at the FBI for a few
years, then married and returned to North Dakota. Shortly afterward, most
of her family had relocated to Denver, Colorado and she convinced her
new husband to move there. A fortunate opportunity arose and she
accepted a secretarial position with Hughes Aircraft Company at Buckley
Field in Aurora, Colorado. This opportunity afforded her an extremely
successful career with Hughes Aircraft Company for 30 years. After
several mutations, her job at Hughes morphed into one with The Boeing
Company in El Segundo, California. Judy loved the many challenges her
career brought her and she met each one with dedication, integrity and
enthusiasm. Judy retired as a Human Resources Generalist in 2014.
Her retirement was especially joyful when she sought out volunteer
opportunities with the USO, the El Segundo Police Department, the El
Segundo Library and the Cancer Support Community. Judy had a
generous heart and the American Cancer Society, the American Lung
Association, the Cancer Support Community, the USO and Erase the
Stigma all benefited from that. Her family and friends were often the
beneficiary of her generosity. Judy loved to treat them to dinner and an
event just for fun!
Judy thoroughly enjoyed travel, as well as attending live theater, comedy
clubs, rock concerts (especially Elton John), ballet performances, the movie
theater, and watching the game show Jeopardy! Two years ago, Judy
easily adapted to the role of “Crazy Cat Lady” when she adopted her
beloved kitties, Betsy and Nellie. Her dormant maternal instincts came to
full fruition with those beautiful felines. She had a fondness for Peeps that
probably boosted the maker’s profit margin considerably throughout the
year! Our Judy had an unmatched zest for life to the point where she
appointed herself “The Princess!” Judy will be profoundly missed by her
family and friends. She was truly one of a kind.

Judy was preceded in death by her Mom, Dad and brother John. She is
survived by her sisters, Janice Ross of Santa Clarita, California, and
Juanita Kursevich of Bailey, Colorado, both of whom were at her side when
she passed. Her niece, Holly Kursevich of Westminster, Colorado was also
by her side and was Judy’s caretaker for the last three months of her life.
Judy is also survived by seven nieces and nephews. A private service and
interment were held.
The hearts of Judy’s family are filled with gratitude for the many treasured
friends who loved and supported her during her nine-year cancer journey.
Judy never gave up and was strong to the end, not once relinquishing her
rightful status as a Princess! We extend a special thank you to the
Hospice team from Torrance Memorial Medical Center for its expert
assistance, guidance and devoted care.