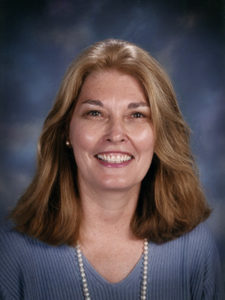 Jan Peebles passed away suddenly of a broken heart on March 25, 2022, one day before her son’s memorial. She was loved by many and missed by all.

Jan was born on June 27, 1943 in Berkeley, CA, and lived her formative years in Long Beach, CA. She graduated with a teaching credential from Cal State Long Beach in 1963 and moved to El Segundo with her first husband, Tom Pickard, and two children, Kelly and Don, in 1967. After the children entered school, Jan began her teaching career at Center Street School in El Segundo in 1971 and continued with the district for over 30 years. In addition to being a teacher, many knew Jan (or later found out) that she was Mrs. Claus in the El Segundo Christmas parade. Jan loved to decorate her home and entertain, especially during Christmas. She was generous in spirit and bought thoughtful gifts for everyone. Her legacy is her family, as well as the hundreds of children that she taught in El Segundo.

She is preceded in death by her mother and father, Thelma Smith and James Heaton; her second husband of 22 years, Daniel David Peebles; and her son, Don Curtis Pickard. She is survived by her sister, Jimmie Inkman and her husband Ed; son Kelly and his wife Kimberly; three granddaughters, Hannah Pickard, Laura Pickard, and Leona Pickard; two grandsons, Benny Pickard and Tom Pickard; as well as children and grandchildren from her second marriage. Services are planned at Douglass Mortuary in El Segundo on Saturday, May 7 at 2:30 pm. The family thanks the community for their love and support.

Mask are appreciated during the memorial service.