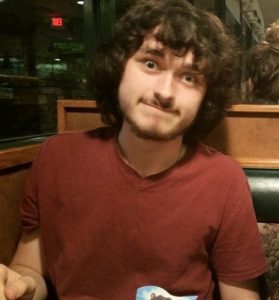 Jacob Russell Evans was born in Atlantic Iowa, on January 23, 1997. Where he lived until he was 4 years old. Then moved to Los Angeles, California in 2002. Where he lived with his twin sister Shelby Evans, and his mother Debra Evans. At the age of 10 years old, His Family moved to Long Beach, California. Where Jacob and his sister Shelby graduated from Cabrillo High School in 2015.
Jacob worked for the Puma Factory in Torrrance, CA. after graduation and then eventually began working for Windward Villiage.
Jacob found his dream car. A 2006 Dodge Daytona Charger Hemi. He loved that car more than anyone could imagine.
Jacob’s future goal in life was to become a Police Officer.
Jacob had a huge heart, he loved his family and all his friends, And we cant forget about Ernesto Hernandez Reyez, Freddie Heard, Ezaid Martinez, these boys were Jacob’s chosen brothers.