In Loving Memory of
Celia Severtson 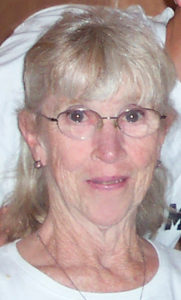 Celia Rae Severtson, age 81, passed away on Tuesday, January 2, 2018, at Providence Little Company of Mary Hospital in Torrance, with her high school sweetheart and lifetime love, Jerrold Severtson, by her side. She was born on February 25, 1936 to Edgar “Roy” and Mary (Waugh) Burgess.  From an early age, Celia enjoyed playing the piano and sharing her love for music with others.  Celia played the piano in her school’s Dance Band and Girl’s Chorus, and continued playing throughout her life.  Celia attended school in the El Segundo School District, and was a member of the International Order of the Rainbow for Girls, a masonic youth service organization.  Shortly after graduating from El Segundo High School in 1953, Celia and Jerry embarked on a 62-year marriage that endured  to the day of her passing. During the early years, Cel and Jer enjoyed taking their two daughters camping and off-roading in the desert.  Celia’s interests also included quilting and embroidery, traveling in her beloved motor home (a.k.a. “the rig”) with Jerry, spoiling her grandchildren and great-grandchildren, and laughing and spending time with her family. Celia lived in El Segundo for a significant portion of her life and held the city dear to her heart.  Celia was also very patriotic and could often be found with tears in her eyes during the playing of the national anthem. Celia will be missed dearly.  Left to honor and remember her love are her husband Jerry; two daughters, Kim and Erin, son-in-law Scott, four grandchildren Evan, Nolan, Deran and Kaelyn; and four great-grandchildren Olive, Jayce, Maggie and Jordan.  The family will greet friends to remember Celia at Douglass Family Mortuary in El Segundo on February 2, 2018 at 12:00 p.m.​

~ Forever In Our Hearts~